Economic strategy..the strategic policies of the state are guaranteed to improve the country’s currency

Economic strategy..the strategic policies of the state are guaranteed to improve the country’s currency 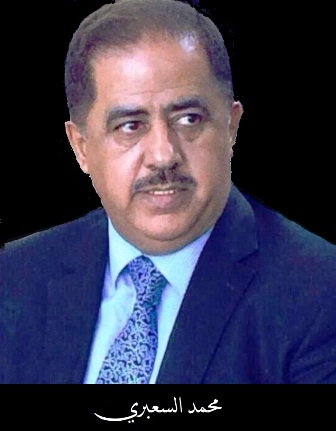 We are now suffering from weakness in all of our institutions, most of which are unstable, and when the military strategy turns from internal war to eliminate internal terrorism, the Ministry of Defense turns from defense at home to a regional deterrent force and has the power to attack, exposing the country to an invasion or bypassing by the neighborhood or from any ambitions. External and we have systems to block and intercept any bypass by air, land or sea port. International economic dealings change with us
When the country becomes industrial, not consumer, and we have exports and our oil exports are a supportive factor for the economy, then we talk about currency and the auction.
When the Ministry of Industry is unleashed to rehabilitate the infrastructure of the strategic factories in the country, such as petrochemicals, iron and steel, Alexandria factories and others, and we start exporting our industrial products here, the dealing with currency changes.
When the government launches the Ministry of Agriculture and supports it with sufficient funds in order for the ministry to support and encourage the farmer here, we will dispense with importing from neighboring countries, and at the same time the ministry supports livestock and we have self-sufficiency of meat, birds and other things here, we will dispense with imports. When we prevent petroleum it leaves our fields and goes to get up Countries by repeating it abroad and repeating inside Iraq. Here we will have a word where all the import that I mentioned is done in the dollar currency. Here the bank is forced to put the dollar in the auction, but if we had self-sufficiency, all our economic policies would change
A year ago, I asked your forum that the import be from Turkey, Saudi Arabia, Iran, or Oman, that our importation from these countries, especially food and consumer products, through the two currencies of the dollar and the Iraqi dinar, and here we have put our currency in these countries and the Iraqi dinar will be dead inside the country because of failed economic policies Unfortunately.
It is among the circulating currencies in these countries, the first being the neighboring countries
And closer to your side the idea
We only import tens of billions from Turkey annually, all of them in dollars
If we agreed that we would import half the amount in dollars and the other half in Iraqi dinars, here a significant number of dollar currency would have been preserved.
As for distant countries such as Europe and eastern countries, importing from them in the same way is half in the dollar currency and the second half in exchange for oil and its derivatives.
Here the same, we will maintain the balance of hard currency in the country.
Important note
With this economic strategy, the Iraqi dinar will be included in the currency notes in the markets, and it will have value and respect
My respect