Deputy: We will make tens of billions annually if we give outlets to a discreet global company

Deputy: We will make tens of billions annually if we give outlets to a discreet global company 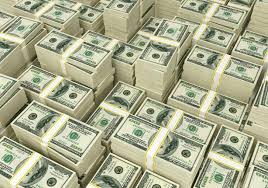 On Wednesday, MP for the State of Law Coalition, Sadiq Mdallul, called on the government to end the corruption of border crossings by granting them to sober international companies, indicating that Iraq will earn tens of billions annually.

Mdloul said in a statement that “any global company, if the outlets invested, would increase the money ten times, and we would save tens of billions of dollars annually.”

He added, “The Minister of Finance will change the ministry’s joints a lot, and we are completely convinced that there is no reform paper by the government.”

He continued, “The story of salaries has become longer than the formation of the government and the Minister of Finance raised the ire of the street when he said there are no salaries, and then we were surprised that there were salaries and were released.”

It is noteworthy that there is a parliamentary gathering now demanding that the Minister of Finance be questioned in order to question him in several files, most notably the salaries of employees and how the financial loans were disbursed.