Representative Economy: The Minister of Finance will present a non-final draft of the reforms paper

Representative Economy: The Minister of Finance will present a non-final draft of the reforms paper 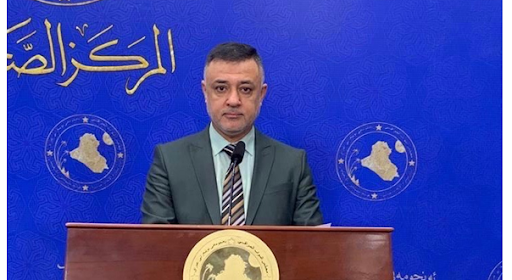 BAGHDAD – Mawazine News
The Parliamentary Economic and Investment Committee revealed, on Friday, the details of its meeting with the Ministers of Finance and Planning.
A member of the Economic Committee, Mazen Al-Faily, told the Iraqi News Agency, “The Minister of Finance has set the end of this month as a date for submitting a non-final draft to come out with reforms, while in the middle of next month he will present a draft for discussion and after consulting with the three presidencies,” pointing out that “Finance Minister Ali Abd Prince Allawi, referred to “the existence of previous accumulations and the treasury is almost empty, and the situation is exceptional and needs a long period.”
Al-Faili continued, “The Minister of Finance confirmed that Iraq does not want to borrow from the International Monetary Fund because of its difficult and costly conditions.”
He added, “The Minister of Finance mentioned that specifying a two-month period in Article Seven of the Borrowing Law to present the government with a reform paper or an economic development paper is not sufficient, because the period is short and the government needs six months to present this paper, especially since the official working hours have become 25% in the last period because of Corona outbreak, and it has become difficult to submit a repair paper during this period. ”
Earlier, the Minister of Finance, Ali Abdul Amir Allawi, confirmed that “the economic reform program needs a long time because the economic situation in Iraq is going through embarrassment due to the repercussions of previous cumulative economic policies that passed on the Iraqi state since the 1950s in the last century until now, especially the reform law legislation.” The agricultural sector and the socialist package decisions, in addition to the loss of the economic vision that weakened the private sector and made all resources in the hands of governments. ”
“The current government suffers from a scarcity of funds, which forced it to borrow internally and externally, and it cannot present the paper within the period specified by the law voted on,” he added.
Allawi pointed out that “the formation of a specialized team consisting of 40 employees working continuously to prepare and submit the required paper despite the current health conditions,” indicating that “the reasons for delaying its submission are technical and historical.”