To the specialists in economic and financial affairs..ako these are words if not?

To the specialists in economic and financial affairs..ako these are words if not? 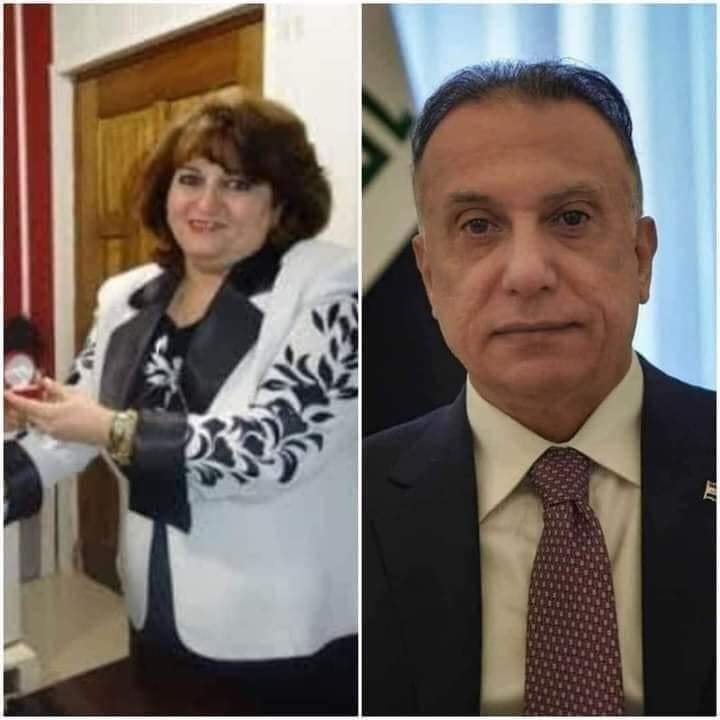 Abbas Al-Mousawi || In a courageous message, a senior employee at Al-Rafidain Bank guides Al-Kazemi to “wasted Iraqi funds” that will keep him away from salary deductions! A female employee at Al-Rafidain Bank, who has experience, courage and courage to speak the truth without fear or hesitation, sent a letter to Prime Minister Mustafa Al-Kazemi, containing important and serious details about the Iraqi financial map, and ways to obtain lost Iraqi funds. Here is the full text of the message: – Mr. Prime Minister, Mustafa Al-Kazemi, the esteemed … If the corrupt, who penetrate into state institutions, hide from you the real state revenues, then we as a people chose to help you and we were looking for them. To uncover the areas of corruption and waste of public money, as follows: – Instead of drowning in debt instead of borrowing and looking for confused, urgent and ill-considered solutions to solve the problem of the economic and financial crisis in Iraq and drowning Iraq in debts that have no way to escape from them, as long as the spoilers have fun in its institutions, so you must first Correcting the course of the financial policies of previous governments and their officials ’manipulation of the nation’s capabilities and state revenues, starting with correcting the relationship with the Kurdistan region and controlling all sects of parties over their financial sources of income .. * Instead of dumping the Iraqi citizen with external and internal debts, their money went and is still going into the pockets of the corrupt; We have discussed for you some outlets of waste and systematic theft, and we would like to draw your attention to the huge and enormous revenues hidden inside Iraq! ** We as a people and you know – with certainty – that the Iraqi Ministry of Oil supplies its refineries with one million barrels of oil per day. This is what was mentioned by more than one official, especially Representative Adnan Al-Zarfi, with documents in one of his TV interviews. ** Of course, this oil is refined inside the refineries, and a barrel of oil is converted into 100 liters of gasoline or 100 liters of gasoline to be supplied to gas stations, and it becomes the following: – 1,000,000 barrels of oil x 100 liters of gasoline or kerosene = 100,000, One hundred million liters of benzene or kerosene. One liter of very regular gasoline and kerosene is sold inside Iraq for 450 dinars. Eden, the state’s import of petroleum products (petrol – kerosene) only per day: 100,000,000 liters x 450 dinars = 45,000,000,000 billion dinars per day. And its monthly incoming: 45,000,000,000 billion dinars x 30 days = 1,350,000,000,000 trillion dinars per month. And it becomes its annual imports of oil derivatives: 1,350,000,000,000 trillion dinars x 12 months = 16,200,000,000,000 trillion and two hundred billion dinars annually, Iraq’s imports of oil derivatives (gasoline and kerosene) only. * Where does this huge, hidden sum of money go, which is ignored by all the ministers who have succeeded in the ministries of oil and finance and the majority of MPs and officials? And all of them did not dare to open this topic at all! ** This amount, O Prime Minister and Minister of Finance, is sufficient to pay the salaries of all Iraqi employees from first to tenth grade for a period of two years. ** Do you have the courage to be honest with us and tell us about this enormous amount, where it is going? ** Not to mention the revenues of gas, jet gasoline, white oil and black oil. Not to mention the non-oil revenues that cover the salaries of employees for years and provide services to all cities, governorates, and state sectors? ** Is it not time for you to transparently tell your people about their lost and healthy (stolen) financial resources that the parties plunder through their workers in state institutions? Yes their workers. And I don’t say responsible; Everyone asks and is waiting for your answer: – 1. Where are the revenues of the General Tax Authority ?! 2. Where are the revenues of the Ministry of Communications and Mobile Phone Networks ?! 3. Where are the revenues of the Communications and Internet Networks Commission ?! 4. Where are the revenues of the border crossings and customs departments at all ports ?! In our turn, we ask: Why open 24 border outlets in Kurdistan, of which one dinar has not entered the state, while it is closed in the center and south out of fear of the transmission of the Coronavirus epidemic ?! 5. Where are the revenues of Iraqi airports and airlines ?! 6. Where are the revenues of the Municipality of Baghdad ?! 7. Where are the revenues of the real estate registration departments throughout Iraq ?! 8. Where are the revenues of the public traffic departments ?! 9. Where are the revenues of the Ministry of Electricity ?! 10. Where are the revenues of the water and sewage departments throughout Iraq ?! 11. Where are the revenues of the Ministry of Health ?! 12. Where are the municipalities’ revenues in all governorates of Iraq ?! 13. Where are the revenues of the Ministry of Agriculture ?! 14. Where are the revenues of the Ministry of Water Resources ?! 15. Where are the state real estate rents ?! 16. Where are the revenues of ships and vessels transporting oil ?? ** Iraq is a country that God endowed with riches, with a plurality of resources, and not a country on the sidelines. Its internal income can overcome the greatest crises in countries and all its children can live with dignity and with dignity. It is time for you to stop wasting Iraqi money in each of the following angles: – ** 1. Currency sale auction in the Central Bank of Iraq; Iraq’s annual losses from it are estimated at 4 billion dollars! 2. Two billion dollars lost annually in the commissions of the Ministry of Commerce! 3. The colossal budgets of the two endowments: the Shiite and the Sunni! ** The important thing is that if these revenues were properly received to the state treasury, oil would have been a secondary resource for the Iraqi people and not a major resource ?? ** Signature: Victoria Zarzis, Deputy General Manager at Rafidain Bank / General Administration.