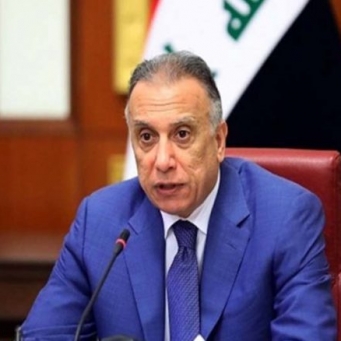 Iraqi analysts and politicians said that the visit of Iraqi Prime Minister Mustafa Al-Kazemi to Washington will be burdened with important files that will be opened by the two sides, especially with regard to the Strategic Framework Agreement, the survival of US forces, and joint cooperation between the two sides in the field of energy, investment and combating terrorism.

The head of the Political Thinking Center, Dr. Ihssan Al-Shammari, told “Al-Quds Al-Arabi” that this visit is the most difficult and important at this time for Iraq on the one hand and the United States of America, and the most difficult for Al-Kazemi as prime minister and his political future.

He added: “This visit, by virtue of timing and by virtue of the challenges and common files between Baghdad and Washington, will have importance that determines the level of the relationship between the two countries, as to whether Iraq will be a close country or a government with which Washington cannot cooperate.”

Al-Shammari said, “There are two parts to this visit. The first is the official part related to completing and stimulating the negotiations of the strategic framework and new agreements in the field of energy, economy, investment companies and providing support to Iraq in the medical and security fields.

Adding: “These agreements will be under implementation, especially if we know that the issue of the US elections will delay the implementation process, and there may be a possibility of the presidency being transferred to the Democrats, and these agreements may change and the visions coincide.” Even if Trump wins a second term, there will be initial understandings and agreements.

As for the second part of the visit, Trump will discuss it exclusively with Al-Kazemi, away from the official delegation, according to Al-Shammari, who said, “Trump, the pragmatist, will view Al-Kazemi as a close partner, based on his ability to identify with the new regional policies that Trump is drawing for the region first, and Al-Kazemi’s ability to limit Second, the political influence of Iran and its allies inside Iraq, as well as his power as commander in chief of the armed forces to prevent armed factions from targeting US interests third, and the prime minister’s approach to repositioning American forces on their Iraqi bases Fourth; These files are interconnected and defused bombs, and any error in them will explode the Iraqi situation that has already exploded since October 2019.

He explained: “Trump wants to convey a message to the American people that Iraq is no longer in Iran’s hands, and that Al-Kazemi represents the wing that tends to improve relations with the United States and create a strategic dimension for Iraqi-American relations, and this visit in one way or another will give great support to Al-Kazemi. There is support that could occur through American companies in the sectors of electricity and investment, and in fighting ISIS and terrorist groups that are fighting the Iraqi army. It may also make Al-Kazemi, who is far from the Iranian axis and is in the process of courtesy, and perhaps this courtesy ends and turns into a kind of estrangement, especially with Iran’s friends.

He added: “Through the policy of Al-Kazemi’s dealings with Iran, he seeks to deal with it on the basis of the state and not the revolution, and there is a difference between the revolution and the state in Iran, and Al-Kazemi seeks to have relations with Iran who is influencing it and not others, and he may have said to Iran instead of You deal with 30 friends or factions, deal with me, and that what you get with others, you can get it through me and legally, and that Al-Kazemi, with his policy, does not tend to conflict, but seeks to solve problems by peaceful means.

The political researcher, Dr. Omar Abdel Sattar, told “Al-Quds Al-Arabi” that Al-Kazemi’s visit is an American need more than it is an Iraqi or Iranian need, because it came after the Beirut bombing, and because the US does not want escalation with Iran because the latter wants escalation in order to put Trump in a dilemma. Elective, ”indicating that by this the visit is considered a positive American message to Iran, which will try to strengthen its position in Iraq and escalate the crises in the region and considers that an American weakness.