The last position on the Allawi government

The last position on the Allawi government 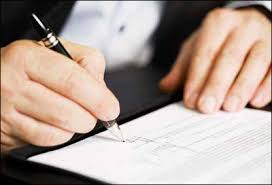 First / the position of the Sunni component
1- Al-Halbousi Alliance ((Union of Forces)) decided not to vote on the government of Muhammad Tawfiq Allawi and none (37), while half a year is only a little from the Nujaifi axis, Saleh al-Mutlaq, Mahmoud al-Mashhadani, Osama al-Nujaifi, Khamis al-Khanjurni, Muthanna al-Samarrai and Muhammad al-Khalidi, and the number of those (31) is with approval And vote for the Allawi government
Second / the position of the Kurdish component
1- More than (30) Kurdish personalities who separated from the union near him, Mr. Barham Salih, will be with the vote, especially since Allawi nominated them for ministerial positions in order to pass his ministry, including Shawan to the Ministry of Finance, Taha, and Adel Karim to the Ministry of Trade and Judge Zarkar, a candidate for the Ministry of Justice
2- The movement for change, part of which is with a nomination on Allawi, and the movement of the new generation with Allawi, and the total will be (31) Kurds with Allawi.
3- Kurdish negotiations with Tawfiq Allawi’s government have reached a dead end, as they are overwhelming that the ministries are not from appointing Tawfiq Allawi, but according to their choice with the insistence on the Ministry of Finance, but Mr. Muhammad Tawfiq Allawi now refuses their shares and chooses other elements, as the Finance Minister is known to be out of control Legal if he exercised the powers to plunder and send money from the Ministry of Finance to the region without a legal face, just as Allawi decided to reject any Kurdish dictation provided to refuse to the other Kurdish presumptive terms, including exporting and stealing the money and imposing proportions in the budget in favor of the Kurds in the way of imposing
Third / The position of the Shiite component:
The bottom line is that (85-90%) of the Shiites vote for Allawi’s government, and they are (walking, conquest, giving, will, wisdom, objectors, virtue, victory, and law.