A source reveals why Abadi did not travel to New York

A source reveals why Abadi did not travel to New York 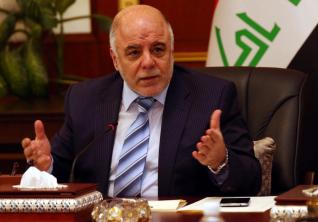 A source familiar with the reasons why Prime Minister Haider Abadi has not yet traveled to New York City to attend the United Nations General Assembly meeting which was launched on Tuesday.

The source said that “Abadi delayed his travel to oversee the liberation operations that began recently in the west of Anbar province, specifically Qaddaih and Qaim and Rawa, as well as near the launch of the liberation of the left district of Al-Sharqat and Hawija.”

The source added that “the Prime Minister preferred not to travel as the crisis of the referendum on the separation of the Kurdistan region to be held on 25 September and the political implications.”

The meetings of the 72nd session of the United Nations General Assembly were held on Tuesday in New York City.

Prime Minister Haider al-Abadi announced on September 12 that he would travel to New York to attend UN meetings and address Iraq on behalf of President Fuad Masum, who announced his cancellation.

Abadi said during a meeting with reporters that he had not canceled his trip to New York so far.