Advisor to the European Center for the Study of Anti-terrorism: “Daesh” falling apart at all levels

Advisor to the European Center for the Study of Anti-terrorism: “Daesh” falling apart at all levels 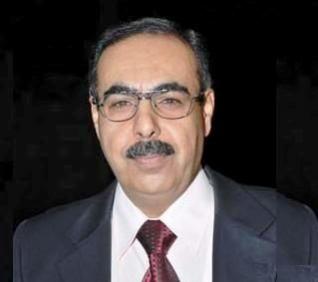 Said the European Center for the Study of anti-terrorism and intelligence adviser Hani Ashour, Wednesday, that the organization of “Daesh” criminal has the ingredients informed of no longer even able to influence his followers, pointing out that he could no longer marketing any media message after defeats received in Mosul.

Ashour said in a statement, said that “the loss of Daesh financial support and losing the places they provide a financial resource has been reflected clearly on the performance of combat and the media, to the extent that he has to communicate and influence even with his followers, who began to flee in front of the Iraqi units.”

“The Daesh now suffers from a big problem because of the media of his followers fleeing and returning to their home countries or move to places who are beginning to reveal Khvaya Daesh and military defeats and moral and Anhiarath and horrific crimes and ways to escape from the grip of the organization.”

He explained that “Daesh began trying to use new methods to influence the people in areas where there are through the use of loudspeakers, threats and intimidation, in addition to the arrest of the people and members of the families of followers who refuse to fight with him, and is no longer able to deliver any media message indicating that it can withstand , speeches Qadath and their messages have disappeared in most of the social networking sites that were expressing a fake victory speech or steadfastness in military confrontations, after becoming the bodies of its dead is the most prevalent image in the international media. ”

Ashour and that “Daesh is no longer able to communicate, and he resorted to cancel the Friday prayers congregation in most mosques in areas lined with them, but many of his followers began to hide their physical appearance and their names and their places and avoid talking about their association with the organization.”

It is said that the European Counter-Terrorism Center is a specialized center that collects and audit and analysis of information on counter-terrorism and includes a selection of Arab and foreign specialists in several disciplines and based in Germany-based.