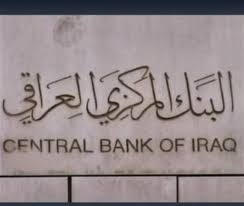 BAGHDAD / News Network Iraq called on the parliamentary finance committee member of Haider al-Kaabi, Saturday, members of his committee for “an emergency meeting” to discuss the rise in the dollar, while the central bank called for a new mechanism to curb the appreciation of the dollar’s exchange rate against the dinar Alaraca.oukal Committee member Haider al-Kaabi in a press statement today: “the Finance Committee in the House of Representatives held an emergency meeting to discuss the reasons for the high price of the dollar against the Iraqi dinar, which significantly affected and the citizen simple particularly the country’s economy.” he added Kaabi, that “some banks is directly responsible high dollar prices, “and urged” the Central Bank has established new mechanisms to prevent the rise in the dollar, and to prevent private banks from manipulating the prices of the dollar “.ouchehdt currency market a significant rise in the dollar’s exchange rate against the Iraqi dinar, until he reached the significant levels did not arrive for more 8 years, at a time when experts in economic affairs, warned of the repercussions of the dollar rise in the price of food and goods.