US Army: A group of Marines will reinforce the existing troops in Iraq

US Army: A group of Marines will reinforce the existing troops in Iraq 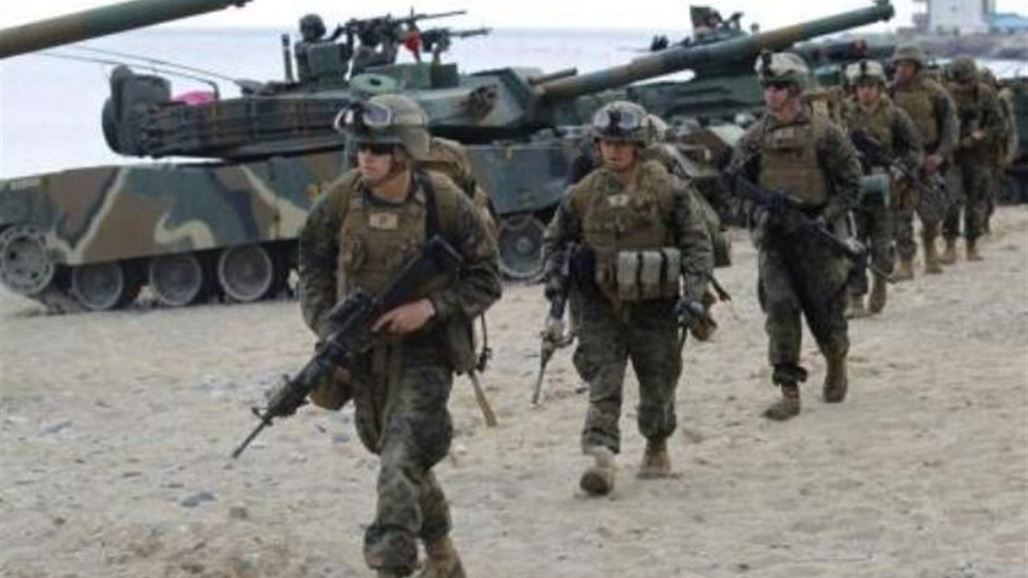 Alsumaria News / Baghdad
revealed the US military, Sunday, the existence of a force of Marines US in Iraq to support the international coalition ‘s efforts against al ” Daash “, among a group of Marines will strengthen that force to fight the regulation. The US military said, according to the agency ” Reuters “,” the strength of the US Marines are on the ground in Iraq to support the efforts of the United States and the coalition against al – Islamic state . ”

He added that ” a group of Marines belonging to the unit 26 in the US forces will reinforce already in Iraq to fight the Islamic state.” A spokesman for the international coalition Steve Warren announced on Monday (21 December 2015), the arrival of special forces to Iraq to implement several important secret , while noting that those tasks will be carried out in coordination with Baghdad.