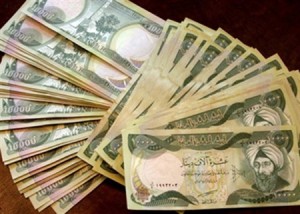 BAGHDAD – Suha Shaykhli
description financial expert Abdul Rahman Shaykhli the phenomenon of money laundering as (financial proceeds) and money resulting from the offense may be from drug trafficking crimes or human trafficking or arms or relics, or even tax evasion or theft came illegally to enter with clean money for a washing process, and he said that money laundering takes place in various ways. When intervention in banks or in an investment project, become clean in the eyes of its owner and not in the know, and this process has become a large and spacious in the world, and noted Shaykhli out that in the past was not seconded her importance, come the seriousness of this, but a pro being run on the loss of the true crime landmarks. Organization «FATF» He Shaykhli that the international financial Labour Organization (FATF) was founded after 2001 after the events of September 11 when the bombing of the World Trade Center where it held that there is funding for terrorist acts formed the organization belonged her most countries and of which we and Middle Eastern countries and North Africa is headed by Iraq’s central bank this organization this year, and this perspective has become the crime of terrorism financing offense unusual and became of these organizations are very large international attention, and the focus of the work of these organizations to dry up the sources of terrorism in this funding cut issued terrorist groups FATF 8 recommendations to prevent the financing of these terrorist groups and 40 recommendations to combat money laundering and wrought recommendation money smuggling. smuggling and escape, said Shaykhli that the difference between escape and smuggling of money is that smuggling means that the citizen out his money to work outside the country illegally without being disclosed case case of smuggled relics Funds flight is due to the situation unstable security, forced citizens to take his money to the occupied abroad but with the knowledge of the state, subject to two conditions the first to know the state of the nature of the money from where he got it and when you invest venture abroad that the state knows about the modus operandi of the money when it enters into Iraq. money laundering in Iraq and the effects of money laundering on the Iraqi economy, shows Shaykhli example streamer comes the money his money to a bank thereby contributing to increased corruption to pay bribes and gifts in order to incorporate the dirty his money with clean money, so become a cash value is of real value, and we believe such a person shortly after pulling his money deposited by causing upheaval of the bank, some countries rely on laundering money, including South East Asia or South Latin America and the unfolding effects of money this in caused to confuse them. And the money laundering operations in Iraq said Shaykhli It’s almost too little, and came because of financial and administrative corruption only, so the process in Iraq were not impressive and the country and the administration are able to be resolved as soon as the elimination of administrative corruption, and there is an important aspect and the risk of a process that the financing of terrorism, where terrorist organizations operating outside Iraq to harm Iraq, killing and Tfjarlzlk financial institutions in the reduction of private financing terrorism operations of the money coming from abroad, for example, car bombs which hit Iraq so far we have not seen that a citizen came to say that his car was stolen recently I was told it was a bomb so that the terrorist buys cars stolen and this means that there is funding for these crimes from outside the border. The new law confirmed Shaykhli that the fight against money laundering, which began last September 16 most important of which law he hand Iraq back on under blacklist a suspicious list that prevents the handle and already we will not deal with those countries, the International Monetary Fund and the World Bank request from Iraq to have a law suit and international legislation and identified our requirements and embarked law and important observation around him that he focused on Iraq’s commitment before the international financial organizations and the most important characteristic of the new law, but other details have stressed the law on sanctions until He arrived to life imprisonment and fines estimated at five times the amounts that are traded in the money laundering operations. And Achehrhalat money that have occurred in Iraq washing Sheikhli said it’s very few cases quickly dominated by the central bank and occurred in the Rafidain Bank in Baghdad Municipality. and the importance of this issuance Law Sheikhli said he commensurate with the requirements of Iraq is a very good law especially the paragraphs indicate that the central bank is authorized to issue detailed instructions for the implementation of the paragraphs of this law mechanism and this earns flexibility, and introduced a court of law to combat money laundering and identify the economic crime and there his headquarters office in the Central Bank and the Council for washing money headed by Governor of the Central Bank. fortify the banks and on how to protect herself banks of these operations between Shaykhli that most of the Iraqi bank employees have been trained on money-laundering operations, so they spring from the subject of suspicion and mistrust adequacy treatment no matter how small or grown up, seen from behind the lines and the employee trainee sees crystal adequacy treatment enveloped suspicion and mistrust must inform the employee control authorities in order to stop or continue treatment.