Daily Beast: Daash represents a gold mine for some US companies

Daily Beast: Daash represents a gold mine for some US companies 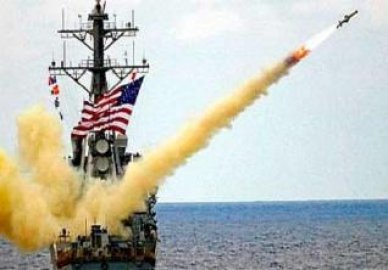 Daily Beast newspaper published a newspaper report in which she said, “The terrorist organization Daash the form of a gold mine for at least one of the American companies, despite the fact that the organization is a disaster for the Middle East

The newspaper pointed out in its report published today, Monday, that the American defense contractors have benefited a lot from the fighting in the Middle East. The company “Lockheed Martin” has received requests to buy thousands of Hellfire missiles. The “AM General” busy in Iraq to supply 160 US Humvee vehicle, while General Dynamics tank ammunition sell millions of dollars of the country.

She adds that “SOS International” group, in New York, is one of the largest players on the ground in Iraq, where the behind employ most Americans in the country after the US embassy. Among the advisors of the Board, Deputy Minister of former Defense, Paul Wolfowitz, who is considered one of the architects of the invasion of Iraq, and Paul Butler, Special Assistant to the former Minister of Defense Donald Rumsfeld.

The company says on its website it had received contracts for work in Iraq through 2015 worth $ 400 million. These contracts include $ 40 million to provide everything from meals, security, fire and medical services in Basmaja complex in Iraq, one of the sites where US troops are training Iraqi soldiers.

The Pentagon awarded the company “SOSI: special contract worth $ 100 million, late June and will continue until June 2018, to provide similar services at Camp Taji.

A year after the US bombing began air sites Daash organization in Iraq, there are 3,500 US troops deployed in the country to train and advise Iraqi forces. Daily Beast says that the number who did not pay attention to anyone is the growing number of contractors needed to support these operations.

According to the US Army, there are 6,300 contractor knew inside Iraq in support of US operations. Separately, the US State Department is seeking other employment in cleaning services and drivers linguists and security contractors to work in its prisons in Iraq.

The paper points out that while these numbers are far below compared to 163 thousand were working in the country at the height of the Iraq war, but the numbers are growing steadily. With expected to continue fighting against al Daash for many years, they also represent an opportunity for defense contractors, security and logistics, especially with the depletion of work in Afghanistan.

SOSI company provides a handful of senior advisers who are working with the Iraqi Ministry of Defense and the Kurdistan Regional Government. At the end of June, the company won a contract worth $ 700 thousand for the provision of a small group of supervisors of security assistance and advisers, for over a year. The contract for 4 more years and may extend Ajamaliy worth $ 3.7 million.