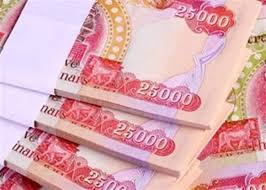 The Cabinet approved the top positions and the three presidencies to reduce the salaries and are as follows:

B – The amount of Maitkadah President and Chairman of the House of Representatives by salary and allowances of the Prime Minister.

2. (a) reduction of the minister allocations and their grade and earn their salaries by 45%.

B – The amount of Maitkadah Member of Parliament by salary minister after the reduction.

3. reduce allocations agents ministers and advisers and owners special grades and general managers and their grade and earn their salary by 40%.

4. Reduce staff allocations in all functional addresses in the three presidencies, bodies and departments associated by 30%.

5. The Ministry of Finance and the Office of Financial Supervision and financial units in presidencies and ministries and departments not associated with the Ministry implementation of what was stated above with effect from 1.8.2015.