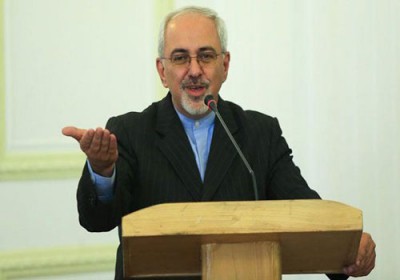 Threatened Iranian Foreign Minister, Mohammad Javad Zarif, the return of his country to resume its nuclear activities, which were conducted by the Lausanne Agreement, if the United States violated its terms.
According to Zarif, in an interview with Iranian state television on Sunday, and I followed (newsletter): that sanctions imposed by the UN Security Council on his country will be filed as soon as the agreement enters into force.
Commenting on the US administration’s statements that talk about ‘suspension of sanctions imposed on Iran’, counting those Zarif incorrect statements, citing political B’aldgot issued within the United States’ He stressed that the sanctions will not be suspended, but will be fully lifted, as he put it.
promised Zarif, told US Assistant Secretary of State Wendy Sherman, as inconsistent with the statement, which was read in Lausanne, adding that the High Commissioner for Foreign and Security Policy of the European Union Relations, Frederica Mgrena , are also opposed to US officials statements.
Similarly, Zarif said: ‘If the other party breached the agreement, Iran would be quick to run its nuclear program, and we can return to the gains that we have made ​​in the nuclear program, and no one can stop us from that.’
renewed Zarif exile sought his country to obtain nuclear weapons, stressing at the same time, it seeks to establish good relations with neighboring countries in the region.
It is worth mentioning that the negotiations that took place in the Swiss city of Lausanne, between Iran and the five permanent members of the Security Council (United States, Russia , China, Britain, and France) plus Germany, culminating in the signing of the framework agreement, in the second month of this April.
The agreement sets restrictions that would prevent Iran from producing a nuclear weapon, and through international control for ten years, and though the parties the agreement is still made ​​various statements on the issue of “lift” or “hang”, the international sanctions imposed on Iran.