Saudi king warns of terrorist threat to Europe, US

Saudi king warns of terrorist threat to Europe, US 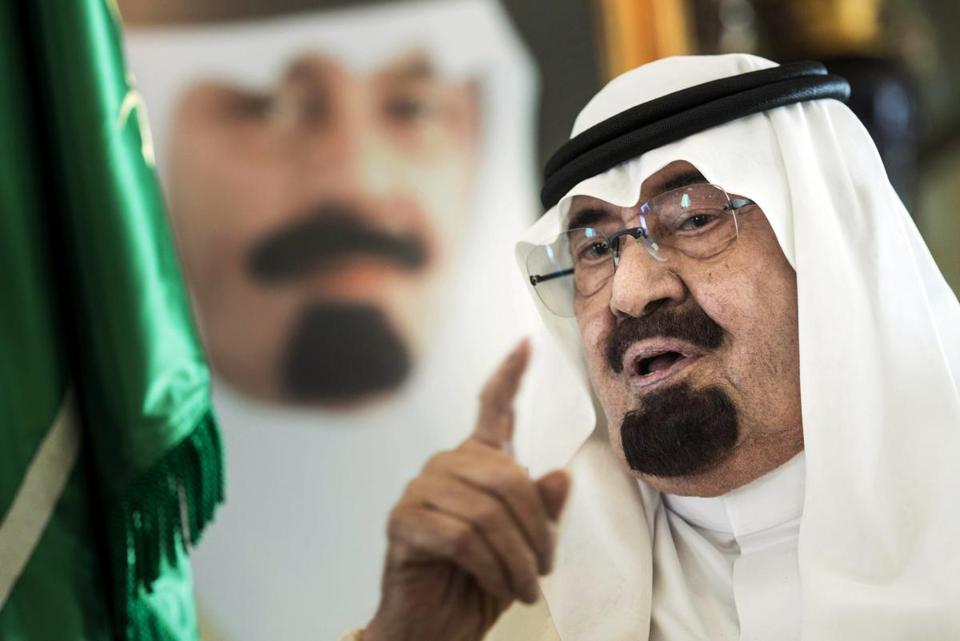 RIYADH, Saudi Arabia — The king of Saudi Arabia has warned that extremists could attack Europe and the United States if there is not a strong international response to terrorism after the Islamic State group seized a wide territory across Iraq and Syria.

While not mentioning any terrorist groups by name, King Abdullah’s statement appeared aimed at drawing Washington and NATO forces into a wider fight against the Islamic State group and its supporters in the region.

Saudi Arabia openly backs rebels fighting President Bashar Assad of Syria but is concerned that the breakaway Al Qaeda group could also turn those weapons on the kingdom.

‘‘I am certain that after a month they will reach Europe and, after another month, America,’’ he said at a reception for foreign ambassadors Friday.

‘‘These terrorists do not know the name of humanity and you have witnessed them severing heads and giving them to children to walk with in the street,’’ the king said, urging the ambassadors to relay his message directly to their heads of state.

The Islamic State group has been fighting moderate rebels, other extremists, and Assad’s forces in Syria for nearly three years. Iraq has faced an onslaught by the Sunni extremists and their supporters since early this year.

While providing arms and support to Sunni militants in Syria, Saudi Arabia has denied directly funding or backing the Islamic State group.

British officials raised the country’s terror threat level Friday to ‘‘severe,’’ its second-highest level, because of developments in Iraq and Syria, but there was no information to suggest an attack was imminent. The White House has said it does not expect the United States to bump up its terrorism threat warning level.

State-backed Saudi clerics who once openly called on citizens to fight in Syria can now face steep punishment, and the kingdom has threatened to imprison its citizens who fight in Syria and Iraq.

Several US officials have said Washington and its allies must act quickly to confront the Islamic State.

In an op-ed article in The New York Times on Saturday, two Republican senators, John McCain of Arizona and Lindsey Graham of South Carolina, said President Obama’s acknowledgment last week that he has not reached a decision on how to deal with the Islamic State was dangerous.

“The threat ISIS poses only grows over time,’’ they wrote. “It cannot be contained. It must be confronted.’’

In another op-ed article in The Times on Saturday, Secretary of State John Kerry said the United States needs the help of its international allies to deal with the threat.