Vian intruder: Kurds are not dealing with a government headed by Maliki

Vian intruder: Kurds are not dealing with a government headed by Maliki 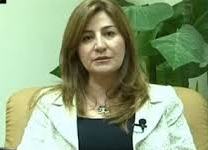 Baghdad (news) .. confirmed that the Kurdistan Alliance MP Vian intruder, that the Kurds are not dealing with a government headed by the current Prime Minister Nuri al-Maliki for the mishandling of the state, as pointed out that the Kurdistan Regional Government will apply Article 140 does not retreat on the subject of self-determination and the declaration of the state of Kurdistan. She said the intruder in the program late, which broadcasts its sister channel Tigris space to provide Ghazwan Jassim, seen by the Agency (news): ‘We are involved in the application of Article (140) and the referendum on the areas with the majority of Kurdish mayor of Kirkuk and Sinjar, Khanaqin, and do not retreat from the decision to report determination and the declaration of the state of Kurdistan ‘, noting that’ Kirkuk province Kurdish and will join the state of Kurdistan. ‘ and pointed to: that ‘there is international support on the declaration of the State of Kurdistan because it is a legitimate right guaranteed by international laws’, saying that’ this decision is not considered a political maneuver taken by the Kurds in the current circumstances to achieve the interests and objectives of specific, but for years the Kurds are working to create a suitable environment to declare a Kurdish state and independence from Iraq. ‘ and the political process drew intruder to: the ‘Kurdistan Alliance has red lines for some of the characters are candidates for the three presidencies, including Prime Minister Nuri al-Maliki’ , asserting that ‘the Kurds will not deal with a government headed by al-Maliki in order to the public interest and the mishandling of the Iraqi state.’ and the events of Mosul has shown intruder: that ‘the process of the fall of Mosul, however, terrorist organizations Kdaash is not a conspiracy, as perceived by some, but there is complicity and betrayal by commanders’. explained: that the ‘Office of the Adjutant General of the Armed Forces Order of the Peshmerga forces for rapid intervention to Kirkuk after the collapse of the connector to protect them from organizing Daash, entered the Peshmerga and taken up positions and are currently fighting terrorist organizations in other areas’, asserting that’ the Peshmerga will remain in areas where It entered the Kurdish-majority ‘. / End