Independent MP: There are no any Kuwaiti excesses on the Iraqi border. 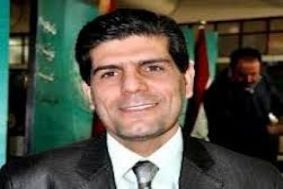 BAGHDAD / NINA / Independent MP, Jawad Al-Bazooni said that there were no any Kuwaiti excesses on the Iraqi border, and what happen on the Iraqi- Kuwait border is a natural comes under the law of the United Nations regarding the demarcation of the border after the Iraqi invasion of Kuwait by the former regime in 1990.

He told the National Iraqi News Agency / NINA / “Iraq is obliged to accept the decisions of the United Nations to expedite getting out from Chapter Seven of the UN Charter, even though they were unfair because there are many farms and oil wells of Iraq within Kuwaiti territory.”

He added: “The Iraqi-Kuwaiti relations are getting better after resolving all disputes including border demarcation, Iraqi Airways, the detainees’ file in addition to exchange visits between officials, which make Iraq on the eve of getting out from Chapter Seven, especially after Kuwait cooperation in this aspect.”