With tensions between Baghdad and Erbil, Kurdistan and the government threatening to pull looming

With tensions between Baghdad and Erbil, Kurdistan and the government threatening to pull looming: to Amoisna for the region 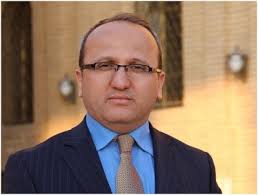 Announced the Kurdistan Alliance, he put within Hsapth the possibility of withdrawal from the political process as a whole, or at least suspend his participation in the Council of Representatives that Baghdad has not fulfilled its obligations, while the federal government in Baghdad confirmed that its commitment to the implementation of the oil agreement with Erbil depends on handing over the region 550 000 barrels per day in order to gets its share of the budget.
The MP said the Kurdistan Alliance, Aravat Karam, said: ‘a number of options are on the meeting table, including the withdrawal END_OF_DOCUMENT_TOKEN_TO_BE_REPLACED

2-24-2015 Newshound Guru Millionday [Did we get confirmation that the rest of the budget got into the Gazette?] YES THEY ANNOUNCED THAT THE ENTIRE BUDGET HAS BEEN PRINTED — ACCORDING TO A COUPLE REPORTS…SO ACCORDING TO THEM IT HAS AND IS TO BE ACTIVATED NOW AND DISTRIBUTIONS WILL BEGIN THE BEGINNING OF THIS WEEK. [ if the whole budget has been placed in the Gazette, doesn’t that mean that the CBI has to fund it in the next 24 hours?] NO IT MEANS THAT THEY WILL BEGIN AND THEY HAVE STATED THAT THEY ARE AT THE BEGINNING OF THIS WEEK. END_OF_DOCUMENT_TOKEN_TO_BE_REPLACED

Military adviser reveals Maliki step down by order of Khamenei

Military adviser reveals Maliki step down by order of Khamenei

Major General Yahya Rahim Safavi, military adviser to the Iranian Guide Ali Khamenei, that ‘the former Iraqi Prime Minister Nuri al-Maliki stepped down from the presidency of the government at the request of Khamenei’s order to keep the Shiite interests.’ Safavi said that the transfer of his ‘Iranians Correspondents Club’ of the Iranian state television: ‘The al-Maliki won 95 parliamentary seats, but when his candidacy for prime minister for a third term Send Leader speech to him and asked him to step down in order to Shiites issues’. He said END_OF_DOCUMENT_TOKEN_TO_BE_REPLACED

Jacket plane and reality is no longer science fiction

Jacket plane and reality is no longer science fiction

BAGHDAD / Center Brief for the network media ( IMN ) Martin New Zealand has succeeded in manufacturing what is called a belt Oalstrh plane that enable a person to navigate and fly in the air through the use of “Rimont Control” or remote control, according to the tower site T in the ANZ New Zealand .

BAGHDAD / Center Brief for the Iraqi Media Network ( IMN ) Chairman of the Committee on Economy and Investment parliamentary Jawad al reported that the House of Representatives authorized the Ministry of Finance to borrow from the central bank to meet the fiscal deficit in the budget.

He said al-Bolani’s ( IMN ), “The budget explained the steps taken by the government and Ministry of Finance on the borrowing issue that if internally or externally,” asserting that END_OF_DOCUMENT_TOKEN_TO_BE_REPLACED

Economist assured him of financial deposits in banks … “Iraq will not go bankrupt.”

Economist assured him of financial deposits in banks … “Iraq will not go bankrupt.”

Tomorrow Press / Baghdad: assured economic expert on behalf of Jamil Antoine, on Tuesday, citizens who have the financial and deposits in banks, stressing that “Iraq will not go bankrupt,” as long as oil is pumped on a daily basis.
Said Antoine for “tomorrow Press” that “the issue of bankruptcy in the state is not out of the question because the oil is still pumped in large quantities,” explaining that “the rumors play a big role in END_OF_DOCUMENT_TOKEN_TO_BE_REPLACED

Description Mlahzawn political and military movement on the war department against al Daash in Iraq as “heavy and unusual”, confirming the existence of signs of the approaching war from a critical juncture, and the anticipation of the start of the battle to liberate Mosul ahead submitted an approximation by the United States, which extends to next END_OF_DOCUMENT_TOKEN_TO_BE_REPLACED

{Baghdad: Euphrates News} student Economic Media Center Iraq, the Iraqi Central Bank, to tighten controls on foreign exchange operations in order to prevent money laundering and the monopoly of foreign remittances and speculators control the process.
The lion Muhammad Ali, chairman of the Economic Media Center in a press statement seen by the agency {Euphrates News} today that “dealers are used for more than ten years on the bank to adopt a reference to convert the currency and buy the dollar as a END_OF_DOCUMENT_TOKEN_TO_BE_REPLACED

BAGHDAD / Baghdadi News / .. denied Foreign Minister Ibrahim al-Jaafari, Tuesday, throwing military aid or food by the international coalition to organize Daash militants in areas occupied by.
Jaafari said at a press conference held with his Iranian counterpart Mohammed Jassim Zarif in Baghdad, and attended / Baghdadi News /, that “we did not find evidence about a particular state by throwing a military and food aid to the insurgents Daash in areas occupied by,” noting that “Iraq’s position clear and explicit END_OF_DOCUMENT_TOKEN_TO_BE_REPLACED

Experts: Central Bank faces the problem of the shortage of foreign currency and claiming to reassure customers

Experts: Central Bank faces the problem of the shortage of foreign currency and claiming to reassure customers

Experts in economic affairs said that Iraqi banks began to suffer a shortage of liquidity in foreign currency (dollar), while the expected rise in the dollar’s exchange rate against the devaluation of the dinar as a result of stopping the auction currency, grumbling banking customers of non-receipt of money deposited by the dollar, stressing that handed over the money Dinars expose them to significant losses.

Central Bank: Cancel Auction sell currencies to keep the exchange rate of the dinar against the dollar

Central Bank: Cancel Auction sell currencies to keep the exchange rate of the dinar against the dollar

Follow-up – and babysit – The Central Bank of Iraq, on Tuesday, the abolition of the daily auction for the sale of foreign currencies.
The central bank said media director Fadel Hussein, in a press statement, “The need to cover banking offices, community and government banks of currencies will be by remittances, with only stop the daily bank, which includes the sale of direct cash auction, including the dollar.”

BAGHDAD – Mostafa Hashemi
raised the issue of a study on Iraq’s accession to Vta agreement “a sensation among specialists, warning of its potential privacy violation of the accounts of local banks, after discussing the Ministry of Finance this issue with the government banks and the taxes and insurance companies.”
known “Alvta” which is an acronym for Foreign Account Tax Compliance Act as measures limiting evade US citizens from paying END_OF_DOCUMENT_TOKEN_TO_BE_REPLACED

2-23-2015 Newshound Guru Millionday CBI HAS STATED THAT THEY ARE GOING TO STOP THE AUCTIONS FOR FOREIGN REMITTANCE AND THAT WOULD REQUIRE INTERNATIONAL ACCEPTANCE AND ALSO IS PART OF THE MONETARY POLICY PER THE REPORT — THE BUDGET HAS BEEN PRINTED BUT THE REVENUES AND THEY HAVE DIVIDED THE BUDGET INTO TWO CHAPTERS — WE DONT KNOW IF THIS IS BECAUSE OF THE DISTRIBUTION OR FOR ANOTHER REASON UNLESS WE GUESS AND WE ARE NOT GOING TO DO THAT …THEY ARE NOT AND I REPEAT — ARE NOT GOING TO RELEASE EVERYTHING BEFORE IT IS DONE. …WHAT WE KNOW AND CAN SEE…THE BUDGET IS DIVIDED INTO TWO CHAPTERS — AND DISTRIBUTION IS EXPECTED THE BEGINNING OF THIS WEEK — WE HAVE TOMORROW A MEETING WITH PARLIAMENT AND ABADI…WE HAVE AMENDMENTS BEING DONE TO THE INVESTMENT LAWS PER REQUESTS BEING GIVEN TO THE GOV. I HAVE TO SAY — THIS ALL LOOKS VERY POSITIVE…THEY ARE SHOWING HUGE PROGRESS THAT WE HAVE NOT SEEN BEFORE. END_OF_DOCUMENT_TOKEN_TO_BE_REPLACED

Follow-up / Source News / .. pointed KRG President Barzani, he brought with him when he returned from his recent visit to Turkey, $ 500 million, to pay the salaries of employees of the Kurdistan region.
The Barzani met Sunday in a building Government of the Territory, with the representatives of the Kurds in the parliament and the Iraqi government, END_OF_DOCUMENT_TOKEN_TO_BE_REPLACED

Ali Ghaidan ready to testify against “al-Maliki” and to present evidence on his conviction!

Ali Ghaidan ready to testify against “al-Maliki” and to present evidence on his conviction!

A source close to the commander of ground forces former Gen. Ali Ghaidan that the latter confirmed that former Prime Minister Nuri al-Maliki’s first official and last fall of Mosul, however Daash.

The source told ((eighth day)) that Ali Ghaidan said at a meeting with elders and the families of his home in the area Balad Ruz in Diyala province, said Nuri al-Maliki is responsible first and last for the fall of Mosul because he told al-Maliki, a few days of the fall of Mosul, the seriousness of the situation before, END_OF_DOCUMENT_TOKEN_TO_BE_REPLACED

Search Finance Minister Hoshyar Zebari today, with a number of senior government officials, parliamentarians, directors of banks ways to finance the budget deficit and the ministry plans to implement the budget law after its publication in the Official Gazette of the Republic of Iraq [Iraqi facts] yesterday.

Experts in the field of cinematography, said: video which shows the execution of Egyptian Copts in Libya fabricated, according to Fox News America.
The network said on its web site, and I followed (newsletter) that experts looking at the video unanimously agreed that one result that the Date ‘apocryphal ‘.
Although no one entertains the hope that the victims – mostly fishermen poor came to Libya to earn Alaich- still alive, many of the details ‘abnormal about END_OF_DOCUMENT_TOKEN_TO_BE_REPLACED

2-22-2015 Newshound Guru Enorrste Article quote: “Governor of the Central Bank, explained that “It is not true that the central stays busy selling the currency like ATM daily”, stressing that “the transition to a new phase is to conduct foreign remittances through the banking system within the mechanism developed for it.” …the definition of foreign remittances: Foreign remittance can be defined as ‘the purchase and sale of freely convertible foreign currencies’. The CBI is stopping the auctions, effective tomorrow morning. This is a fact. We know that the auctions were the primary monetary tool that the CBI used to hold the exchange rate on the street within 2% of the official CBI rate for the dinar. To summarize: the auctions are ending, being replaced with foreign remittances. Foreign remittances are only possible with a freely convertible currency. A freely convertible currency is one that is internationally recognized. In order for this to work, the CBI will have to move from a fixed rate regime to a floating currency or suffer from inflation. Therefore, I predict that they will do so sooner rather than later. I predict within the next 15 to 45 days… END_OF_DOCUMENT_TOKEN_TO_BE_REPLACED

Information / Baghdad / ..
The Iraqi facts newspaper for the issuance of the new issue, Sunday, call (4352), including the estimate of the federal budget for the financial year / 2015 revenues amounting to ninety-four thousand and forty-eight billion, three hundred and sixty-four million one hundred and thirty-nine thousand dinars.
He said Director General of the Department of the facts of Iraq Hussein punitive in a statement received by the agency / information / “The Gazette included END_OF_DOCUMENT_TOKEN_TO_BE_REPLACED

[Baghdad – where]
received Prime Minister Haider al-Abadi, on Sunday, an official invitation from US President Barack Obama to visit the United States, as he emphasized that international support for Iraq has improved over the past few days.

Ebadi said office said in a statement received by all of Iraq [where] a copy of it, “the Prime Minister Haider al-Abadi, received in his office today, the Central END_OF_DOCUMENT_TOKEN_TO_BE_REPLACED